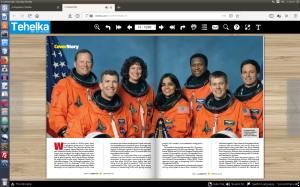 NASA and the blood-stained missiles

The ancient mariner had killed the Albatross. Later he repented.

What happened afterward? The fiery storm damaged the ship. The monster waves drowned the children.
They tried to escape from the fire-spitting missiles. They tried to escape from the claw of death. The children from Afghanistan, Libya, Syria, Iraq, tried to escape the fire, destruction, and death.
But, tell me one truth. How did the US military build the pin-pointed missiles? It flew a thousand miles and struck the hideouts of the terrorists in Iraq, Afghanistan, Syria, and Libya.
Sometimes, they fell on the wrong targets. Houses, where children were playing.
And, boom! The cloak of darkness.
Geodetic or geometric data fired the salvo.
What is that? It is scientific data. The scientific community needs it. Measuring the shape and size of this planet is difficult. The geodetic or geometric data helps us.
But, the US military builds the missiles, using the same data. The published declassified documents tell us the inside story.
NASA did not want this. Tight cooperation between NASA and the US military agencies allowed them to use the same geodetic data.
NASA wanted for scientific endeavor. Military wanted them for building missiles, killing terrorists and common people at same breath.

NASA wanted documents to remain unclassified. So, they bickered and bickered. The conscience roared at the silent ears.
The US missiles used the NASA technology to build the missiles. NASA used their cameras to photograph the moonwalk.
Pause. Human civilization.
Who cares?

Spies in the Skies